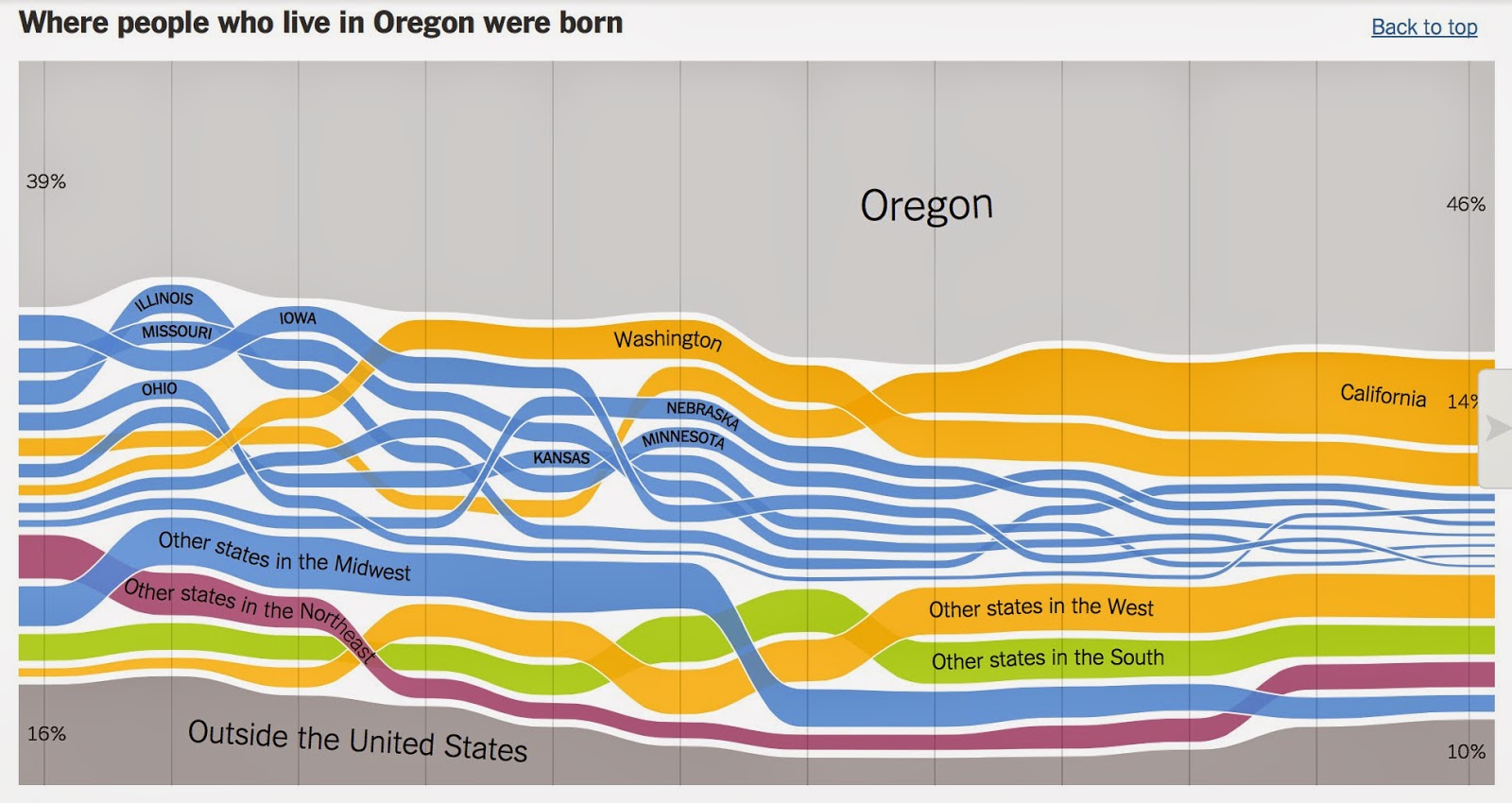 I pop my head up above the earth to post this little gem from the wonderful New York Times' Upshot blog.  They have one for each state and it is some fun clicking.  The graphic here does not label the vertical lines but they are, moving from right to left: 2012, 2000, 1990, 1980, 1970 and so on. It was in the late sixties that the mass influx of Californians started.  My dad followed in the early 1980s.  My sons were born in Colorado and I moved them back in 2006 so they are under western states, though sometimes Colorado is considered midwestern (a jarring description for a kid who grew up partly in Wisconsin).   What is fascinating is the general theme of the West still being a land of immigrants, while in the Northeast the same-state born folks are generally in the in the high 60% range.  Same with the Midwest and even more in the South.  The story is, in those places you are either bon and stay or you leave.  But in the West, we are still welcoming immigrants and moving about amongst ourselves.

[P.S. A note of thanks to the well-wishers who have reached out to me.  All is well in the Emerson household, but we are still adjusting to some new life realities.]
at 2:09 PM No comments: