Fred Thompson: Last Thoughts on M-97 (if it is defeated)

Fred Thompson checks in with another post on M-97


I dislike M-97. Sufficiency aside, it violates all of the criteria that for 40 years I have taught my students should be employed to evaluate tax proposals: Neutrality, Efficiency, Horizontal and Vertical equity, Transparency, and Certainty. Most tax proposals envision some tradeoffs between these criteria. M-97 abuses them all.

Nevertheless, Yes on 97 looks to be more right than not on three points. M-97 would be good for small businesses (and big LLCs and S-corps), most of the new money will be spent on education and health, and, going back to at least 2003, the state has failed to prioritize education funding. Even where it has increased education funding it has too often directed monies to special interest projects or categorical programs, more frequently it has simply imposed mandates on schools. These have often bled resources away from district priorities, but have not measurably promoted student learning or welfare. What it has not done is stabilize school funding or support it at a satisfactory level. 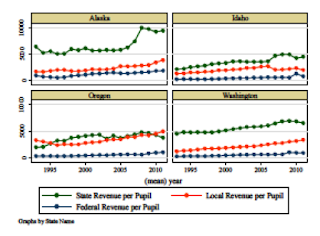 I think M-97 is a wretched mess, although I acknowledge it could work out fine. Nobody knows; the simple fact is that state taxes per se usually don’t matter very much to the health of state economies. My fellow economists, who have thought about the effects of M-97, and I believe that the best real-world analogy to how it would work is an ad valorem tariff. Depending on market structure and the economic power of the businesses subject to tariffs, they can be partly, fully, or more than fully passed through to final (domestic) consumers. If they are high enough, they can cause foreign competitors to exit domestic markets. On occasion, foreign businesses are forced to eat the full tariff themselves, which is what yes on 97 says will happen, pretty much across the board. Of course, M-97 would be good for non-C-corps, including small businesses, for precisely the same reason that tariffs are good for some domestic producers: they let them increase their prices without losing market share. 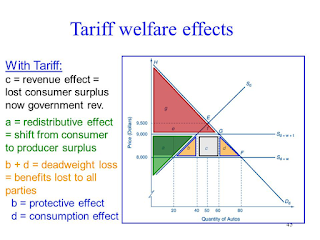 Finally. I have talked to folks who agree that M-97 is a train wreck waiting to happen, but plan to vote for it nevertheless. Their logic goes something like this: its threat will push the legislature to put together a higher yielding (and perhaps sounder) tax system than the one we have now. I see their logic, but I don't see a path from this ugly thing to a sound tax system (historically, gross receipts taxes have simply devolved into retail sales taxes). It's rather like M-47, which was a mess; in M-50 the legislature made it into something OK, but by no means ideal, or even close. I also recall that Willamette Week, in supporting Measure 5 in 1990, argued that it would force the legislature to confront the need for fundamental tax and school finance reform. Evidently, Willamette Week learned better. It opposes M-97.