Fred Thompson: The Laboratories of Democracy Are Open; Where Are the Scientists? 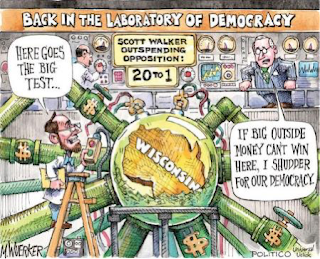 Writing in The New York Times, Duke University Professor Aaron Chatterji slams the states’ performance as “laboratories of democracy,” arguing that they look ever less likely to generate the innovative policies we need to address “the grand challenges of the day.”

IMHO Chatterji is talking out of his hat. Clearly, he doesn’t know much about the scope of state policy experiments. Moreover, I think he misunderstands what Louis Brandeis meant by laboratories of democracy. 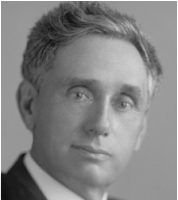 Frankly, I am interested in how state policies affect outcomes. This kind of learning is relevant to state practice and can often be extrapolated to the federal level. That states adopt different policies and practices makes it possible for us to suss out how they work. For example, much of what we know about the effects of minimum-wage policies comes from the study of interstate variations in minimum-wage levels and their consequences for employment, prices, etc. In fact, my research relies heavily on interstate policy differences.

However, policy learning wasn’t Brandeis’ main concern when he identified the states as laboratories of democracy. His project was the democratic process itself. Like John Dewey, Brandeis wanted to create governing institutions that would promote dialogue and social learning and, thereby, individual intelligence, empathy, and “civic courage,” which he believed could develop only where discussion and responsibility are present in politics and everyday life. He also believed that rigid hierarchies, combined with excess size retarded progress by repressing dialogue and learning. State and local governments were the natural venues for his project. As Oregon Professor Gerry Berk explained:
Like the populists, [Brandeis] stressed the effects of corruption and power on the rise of big business… Like the progressives, [he] stressed the dynamic nature of applied science in modern industry…. The reformer’s task, Brandeis thought, was to weave these strands together into a coherent vision of the future. In this narrative, republican ends (equality, citizenship, and democracy) would be realized through scientific means (experimentation, measurement, and evaluation). But scientific ends (efficiency, invention, and technical mastery) would also be realized by republican means (deliberation, individual development, and honorable rivalry). This was the republican experimentalist solution to the conflict between the populist and progressive positions.

Berk argues that Brandeis’ agenda reached its peak during the 1920s via the associational movement, but with the possible exception of the Department of Agriculture’s system of cooperative extension, that movement is dead and largely forgotten.

The view of the states as policy laboratories, challenged by Chatterji, owes more to journalist David Osborne’s highly publicized 1988 book, Laboratories of Democracy, than to Brandeis. And, indeed, in the era preceding the Great Recession, the states were clearly the main source of public-policy innovation in America. While Washington was mired in gridlock, the states tackled tough problems across a whole range of policy areas. For example, Washington copied the states on welfare and Obama-care is largely Massachusetts’ Romney-care writ large.

The Great Recession hammered the states hard. As a result one very careful observer of state policy, Alan Ehrenhalt, Governing magazine’s senior editor, concluded that: “it may be unrealistic to consider states major innovators in public policy any time in this decade … the ‘laboratories of democracy’ will be closed, or at least inactive, for quite a while.” But, by May 2013, only a few years later, he was forced to eat his words, announcing that: “there is no denying that the past few years have seen extraordinary events in state government…; the states have been innovating. Some of them have been innovating like mad.” 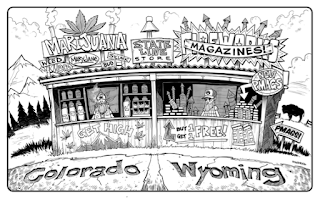 Ehrenhalt cited three major innovations in his article: California’s Proposition 2, which amends the state constitution to require the Governor to deal with revenue volatility by smoothing state spending, making mid-term spending and revenue targets part of the state budget process, requiring the state to set aside revenues each year – for 15 years – to pay down specified state liabilities, and substantially revising the rules governing the state’s rainy day fund; Wisconsin’s rewriting of its labor compact with public employees; and Kansas’s cockeyed decision to phase out the state income tax. But he could have just as easily cited state leadership on gay-marriage, state carbon-tax and marketable emissions rights schemes, or Oregon’s experimentation with weight-use-mile commercial-fuel taxes and GPS monitoring of highway usage. State policy innovation is not simply a matter of cutting taxes and spending, redirection of education funds to private or charter schools, or even repudiating policies handed down from Washington. It is also a matter of boosting minimum wages and using IT to improve service quality at DMV offices and to reduce tax evasion and even over payments. It is widespread and protean.

Brandeis’ ideal may have never been realized, but state level policy experimentation remains alive and well. The important fact remains: one need not like a policy experiment to learn from it. 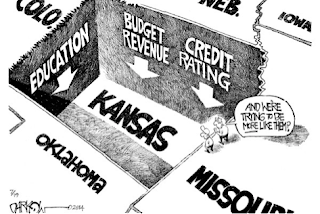