Fred Thompson checks in with the forth in a series of posts on Measure 97 (IP28).


Proponents of Measure 97 deny that most of its burden will be shifted forward to consumers and that it will thereby reduce the progressivity of Oregon’s tax system. Moreover, they have consistently questioned the expertise and impartiality of the Legislative Revenue Office (LRO) for reporting that both claims are likely correct. In my opinion, their criticism of the LRO is entirely unjustified. If anything, the LRO has bent over backwards to treat M-97 in an even-handed fashion.

It is very hard to address these issues without getting wonky, but I’ll start by saying that economists who study tax questions agree that taxes on sales (gross receipts, turnover, value-added, retail-sales, etc.) are for the most part shifted forward to consumers. We would also insist that this is not necessarily the case with all of the taxes that businesses remit to the government. For examples, the incidence of taxes on property, business income (profit or earnings), payroll, or the extraction of raw materials, tends to fall on business owners or is shifted back to factor suppliers. 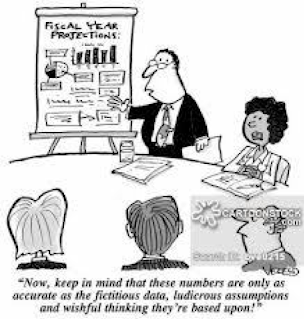 Nevertheless, M-97 is different from any known sales or gross receipts tax. Typical sales taxes discriminate along jurisdictional lines or by type of product. M-97 proposes to discriminate on the basis of the seller’s identity, levying the tax ONLY on the sales of certain C-corporations, those with Oregon sales in excess of $25 million. The LRO tried to deal with this issue by making the portion of the tax that would be shifted forward to consumers proportional to the concentration of affected businesses in each class of business, so that, if big C-corps represented 50 percent of sales in that market segment, only 25 percent of the tax would be shifted forward, 90 percent of sales = 80 percent shifted, and 100 percent = all. Because affected firms tend to dominate the business categories in which they operate, the LRO concluded that overall more than 60 percent of the tax take of ≥$3 billion would be shifted forward from business owners to consumers.

Maybe this is an overestimate, maybe even a big one. Perhaps, most of the burden of M-97 really will be born by the shareholders of extremely large, mostly out of state companies or even out of state consumers.  We really cannot know for sure until M-97 is put into effect – which is in my opinion a bug not a feature. But on theoretical grounds, it can be argued with some justification that the LRO has, if anything, underestimated the amount of forward shifting M-97 will induce. In imperfectly competitive markets, economists usually assume that market leaders are price setters: that, when their cost of goods-sold increases, they will raise their prices and, depending on their market power, the increase may be less than the cost increase, but may also be MORE. Since market power is usually assumed to be a function of concentration, this is essentially the logic that underlies the LRO’s very reasonable position. 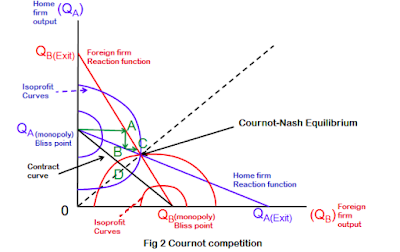 What the LRO’s position rules out is the possibility of over-shifting and, especially, over-shifting due to the behavior of the competitive fringe, in this instance the businesses not facing the M-97 induced cost increase. The standard assumption in competitive analysis is not, as proposed by M-97 supporters, that they will undercut the price of the dominant businesses in the area, but will, instead, tend to meet the price increase of the market leaders. Where this is the case, the price increase borne by consumers as a result of a tax may and, in some cases, will exceed the tax take.

Moreover, this is generally what the evidence shows happens. The closest analogy to M-97, that I know of, occurs at borders, where one jurisdiction has a higher embedded excise than another, typically on things like motor fuels, alcohol, or tobacco products. Not surprisingly, prices just across the border in the higher taxing jurisdiction tend to be higher on average than in low-tax jurisdiction, but not by as much as in the rest of that jurisdiction, where various studies show that between 80 and 400 percent of the tax take tends to be recouped by businesses. What might seem surprising, however, is that prices just across the border in the low-tax jurisdiction are also typically higher than elsewhere in that jurisdiction – and, of course, retail booze, cigarettes, and gas sales are probably characterized by more price taking than one is likely to see in a lot of affected business segments under M-97. 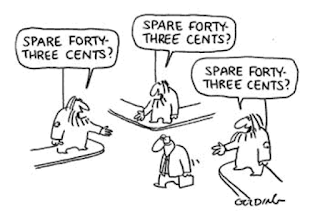 My point is not that the LRO has underestimated the amount of tax shifting likely to occur under M-97. Rather, they have made a prudent, middle-of-the-road estimate, which is their job. The extreme estimates? They come from M-97’s supporters, and are based neither on economic theory nor independent evidence.
at 8:25 AM No comments: