Oregon's employment is at an all-time high, according to the Oregon Employment Department.  More impressive, perhaps, is that November recorded an all time record increase in new jobs at 11,200.  The unemployment rate remains at 7.0% which is itself, ironically, a good sign as it means that lots of folks are returning to the job market and looking for jobs.

It looks like the recovery is finally and truly here and the low price of oil will certainly help this as well.
at 10:24 AM No comments:

The Paradox of Choice

In economics, an expanded choice set from new goods, increased income, lower prices, etc. is generally a good thing.  You can more easily satisfy your desires when there are more things to choose from.  However, with more choice come more decisions to make, more information to gather more things to compare.  All of this is costly to an individual and these costs can sometimes outweigh the benefits of expanded choice sets, particularly when that expansion comes from additional goods.

There is a good example of this in today's New York Times in the form of an Op-Ed by a former independent record store owner, Sal Nunziato, who laments the lack of a filter for music that the old big label led industry used to provide.  As Mr. Nunziato states "I don’t want thousands of choices. Some choices would suffice, and the suits made that happen." Now we are flooded with choices because there are fewer hurdles to music being made available to consumers.  But the only way to tell if it is any good is to sort through it all and listen to it.  I am sympathetic to this.  I am a child of the vinyl album and this new era of Spotify (I subscribe) is difficult to deal with. I have limited time to search around for reviews and recommendations and have a hard time finding new music that I like - there is just so much to sort through.

I feel the same way about the decline of the mainstream media.  I talk a lot about the demise of real in-depth investigative reporting, but the biggest loss is of the editor whose job it was to make the decisions about what was most important for readers to know.  Now I have too much choice about information from all kinds of edited and un-edited sources.  Ironic that I say this in a blog, but I never intent to be a news source.  My only hope is that my training as an economist lends some value added to discussion of policy and economics news.

But I digress. The big point here is not particularly novel: in the era of information technology we are so flooded with news, entertainment, sports, etc., it can actually make us worse off than we were when there were a few big music labels, a flagship daily newspaper in every city, and a few television networks.  I don't actually believe that on the whole we are worse off.  Far from it, I think we are tremendously better off (as a lover of european soccer I am massively better off now than I was a few years ago), but I do think a good business to be in in the near future is the 'filtering business' - helping consumers weed through the morass of information, entertainment and so on.
at 9:57 AM 4 comments:

A Quick Note on the November Jobs Report

First off, the news is very good.  This is but one month, yes, but the trends are all good and we have been experiencing relatively robust growth for quite a while.  I say relatively because in past recessions recoveries have been quicker and more robust.  But this recession was different and it has taken a lot of time to unravel all of the damage done to the financial system. So relative to other crises of a similar nature (see: Japan) we are now in pretty robust recovery territory.

Second, the wage growth story that seems to be a popular narrative today is important.  Why?  Because when economists worry about inflation (economists like those in the Fed) what they really look out for is not the CPI or PPI but how price increases are showing up in wages.  The real inflation worry is exactly this feedback loop: higher anticipated prices lead to higher wages which lead to higher prices.  If the Fed starts to worry about this a lot, it is bye bye cheap credit.  So get that mortgage soon.

Third, the unemployment rate is sticky in recoveries and for a good reason.  More folks back looking for jobs is a good thing.
at 11:43 AM No comments:

Fred Thompson: You Can Pay Now Or Later And Now Is (A Lot) Better

Note: Another dispatch from Fred Thompson: 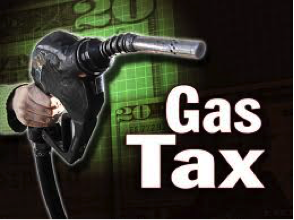 Highway trust funds all over the country are running on empty. That is true at every level of government: federal, state, and local.

Highway maintenance really isn’t optional. Street and highway deterioration is inexorable: highway wear and tear is a simple function of the number, speed, and axle weights of the vehicles using the road and the passage of time, but damage accumulates at a compound rate. Statewide, given current discount rates, every dollar of highway-maintenance spending deferred has an average present value of nearly three dollars in future outlays, ranging from about $1.50 at the margin in Multnomah County to $11 in Clackamas County next door.

Recognition of this fact is one of the reasons that transport funding was placed in trust funds. Earlier generations feared that, if gas-tax dollars were not carefully walled off, myopic officials would raid highway maintenance funds to sustain other, trendier endeavors. They were right, of course. What they failed to take into consideration was the failure of elected officials to keep gas-tax rates abreast of inflation, let alone the dramatic improvements in vehicle miles per gallon of gas that have occurred of late. State per-gallon tax rates have been static for 20 years and mileage per gallon is up nearly 30 percent. 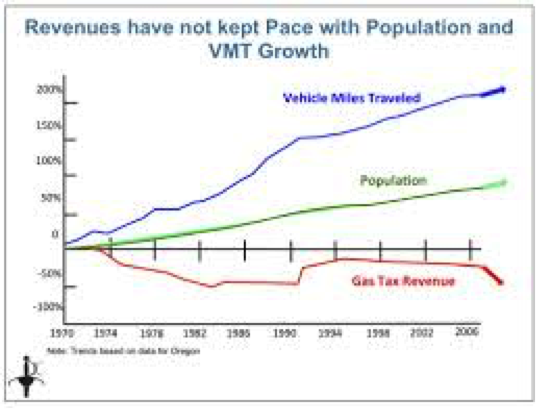 Tim Nisbett, in a guest column in the November 21, 2014, Oregonian, opined that “our transportation funding system is ready for a tax fairness overhaul.” Nisbett cited with approval a recent editorial from the Grants Pass Daily Courier calling for a “shift to income taxes to augment or replace the state's existing gas tax system.”

Nisbett’s argument rests on a series of premises. The first is that the ‘user pays’ mechanism, which matches tax burdens to the benefits citizens get from public services, cannot keep up with our transportation needs. Second, transportation taxes comprise a sizable portion of the average working family's contribution to state and local services. Third, these taxes are inherently regressive and that “the roadways of the future will require greater support from those best able to pay for them.” Finally, user fees exact an especially unfair toll on rural Oregonians, who tend to use the roads much more than the rest of us.

I think I am on Tim Nisbett’s side on this issue, but I don’t buy his argument, at least not entirely. Only one of Nisbett’s claims is unambiguously correct: that gas taxes are regressive. While it is true that gas tax revenues haven’t kept up with transportation needs, doubling state gas tax rates would largely fix that problem. The reason gas-tax revenues are inadequate is that they have fallen way behind the nominal growth in the state’s economy, which is entirely due to the legislature’s unwillingness to increase tax rates, along with DMV fees, over the past fifteen years. Doubling the per gallon tax rate would merely return the transportation tax burden on ordinary Oregonians to the level of 2000.

Nor are gas taxes a particularly heavy burden for most of us. The average driver pays significantly less than $100 in gas taxes and DMV fees per vehicle per year. Of course, the burden is higher on folks who drive more than average, especially rural drivers, but those who drive more than average also cause more road wear and tear than the rest of us. Moreover, urban drivers already provide big subsidies to country-road users. It is estimated that gas and weight-use-per-mile taxes resulting from operations on rural highways cover less than a third of their construction cost and upkeep. 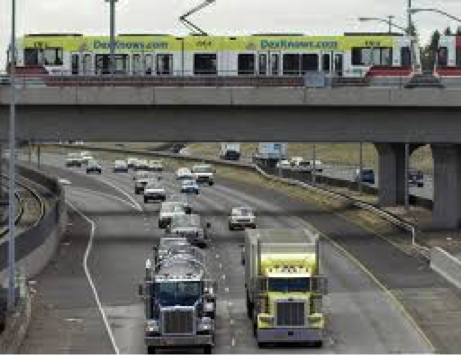 I am a fan of user fees. As an economist, I like their incentives and I like the information that they can generate. Consequently, I would argue that increasing per-gallon gas tax rates (and indexing them to inflation) is the first thing that needs doing. We ought to do the same thing with DMV fees, so that they are no longer a burden on the highway trust fund, but instead contribute to it, as they were meant to. There is a simple way to offset the regressivity of gas-tax increases: drop the marginal tax rate for the 5 percent bracket of Oregon’s personal income tax (the first $3,500 of adjusted gross income) to zero. That would meet our transportation needs and, at the same time, increase the overall progressivity of Oregon’s state and local tax system. Nisbett called for a Red/Blue coalition for meeting the state’s transportation needs; this seems to be a better candidate for such a coalition than boosting our highest marginal personal tax rate, which is already the highest in the U.S.

I would also note that it is now possible to design and implement cost-effective mechanisms that more precisely monitor road use than ever before. In the long run, that could be of immense value for transportation planning and influencing road use. Those devices should probably be tried out on commercial vehicles, which are already subject to a weight-use-per-mile tax (in part because the highway damage caused by multi-axle freight vehicles is not directly covariant with fuel consumption). If the system works, it could be adapted to personal vehicles as well. Indeed, the Oregon Department of Transportation is now testing alternatives to the gas tax that would similarly track participating personal vehicles.

However, treating ODOT’s experiments as a solution to the transportation-funding problem seems very much like putting the cart before the horse. Increasing taxes is politically difficult, changing tax mechanisms is nearly as hard; doing both at the same time is practically impossible. Our roads need more money now. 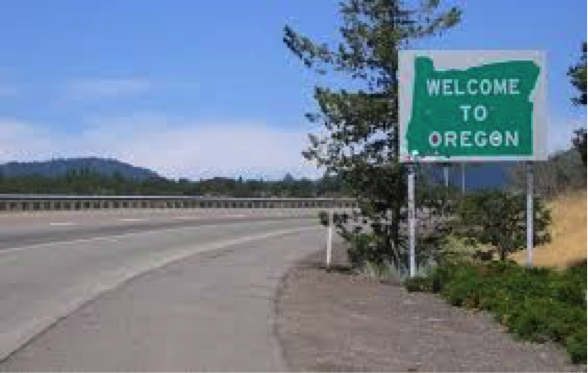