Update: The Tax Foundation sent out a corrected map this morning (3/18)

This was prepared for St. Patrick's Day, no doubt (thus the green): 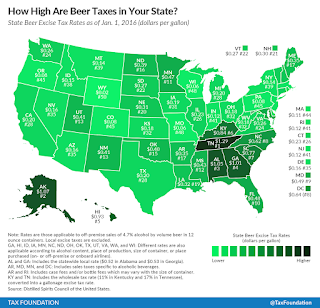 Fred Thompson checks in with another take on minimum wages 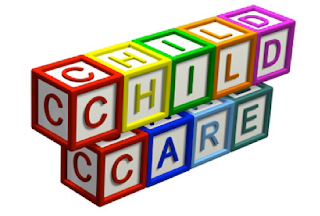 Oregon’s leading economic blogger, Mark Thoma, recently called for an increase in the national minimum wage. I have no problem with the thrust of his proposal, but I do question some of his economic analysis.

Mark asks, “doesn’t an increase in the minimum wage reduce employment?” And, answers, “No.”

No problem with that. It is entirely consistent with what we know about the effects of moderate increases in wage floors: We know that moderate minimum-wage hikes increase the wages of those earning minimum wages and those just above the minimum (Dube, Lester and Reich, 2010), although typically not much or for long (Congressional Budget Office, 2014). It is likely that research being carried out on more aggressive minimum-wage increases in Seattle or Los Angeles will show larger and longer wage increases than those seen previously. We know too that moderate increases in wage floors do not measurably reduce total employment (Card and Krueger 1995; Neumark and Wascher, 2008; Dube, Lester, and Reich, 2010; Doucouliagos and Stanley, 2009; Lerner, 2014; Schmitt, 2015).

But then Mark goes on to note that: “This is just what you would expect if minimum wage workers are paid less than the value of their marginal products, i.e. less than their value to the firm. In such a case, an increase in the minimum wage does not push workers’ compensation beyond the point where they remain valuable to the firm. The main effect is to redistribute income from managers and owners to workers in a way that better reflects the contribution of each to the production of goods and services.”

Here Mark goes beyond the evidence: it appears that the main responses to moderate minimum-wage hikes are (usually small) price increases (Aaronson, 2001; Lemos, 2008; Aaronson, Agarwal, and French, 2011; Hirsch, Kaufman, and Zelenska, 2015), wage compression (Autor, Mannning, and Smith, 2016; Hirsch, Kaufman, and Zelenska, 2015, to be fair to Thoma, these studies support the notion that employers may also compensate for boosting wages at the bottom by cutting them at the top), and productivity improvements, in part due to reductions in labor turnover (Howes, 2005). Lemos (2008) concludes that owners rarely if ever absorb minimum-wage increases in the form of lower profits; evidently most of the burden is shifted forward to customers. The only evidence I know of that would contradict Lemos’ conclusion is reported by Draca, Machin, and Van Reenen (2011), who concluded that the adoption of a minimum wage significantly reduced profitability in the United Kingdom. 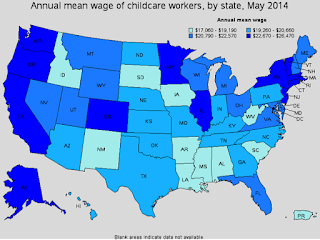 According to Schmitt (2015) minimum wage hikes have little or no effect on job totals because “the cost shock of the minimum wage is small relative to most firms' overall costs and only modest relative to the wages paid to low-wage workers.” In other words, enterprises deal with cost shocks that are a lot bigger all the time. Indeed, weighed against the economy as a whole, the effects of minimum wage changes are tiny. According to the Oregon State Economist, the total wage premium associated with the current $9.25 minimum wage floor accounts for less than .5 percent of the state’s total compensation pool. The cost of the recently enacted legislation on wages (wages below the state median) is estimated to be little more than $2 billion, where final output is over $170 billion per annum. Consequently, it is hardly surprising that the visible consequences of minimum-wage boosts are indistinct and exceedingly difficult to discern, let alone measure.

As a result, economists often focus their attentions on bellwether populations (e.g., relatively low-skilled individuals, as described by their ages and education levels, as in Clemens (2015) or Sabia (2008)) or industries (usually quick-service restaurants, although Howes (2005) looks at home healthcare and Draca, Machin, and Van Reenen (2011) at residential care homes in the UK) to suss out the effects of minimum-wage hikes for individuals, workers or service recipients, and enterprises. 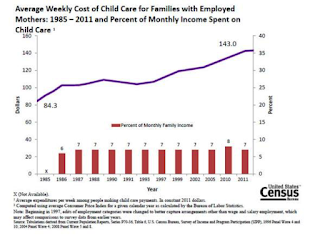 This sort of analysis produces several results that are inconsistent with the notion that low-wage workers are paid less than their marginal revenue product. First, there is compelling evidence that minimum wage hikes are associated with reductions in the employment of younger, lower-skilled, and less-well educated employees (i.e., presumably less productive workers) in favor of older, higher-skilled, and better educated employees.  There is also some evidence of rationing inefficiency: higher minimum wages attract people with better qualifications, who would not normally be in the workforce, to seek low-wage employment, thereby displacing some of those in the labor force at the time of the increase.

For example, in the bellwether industry my colleagues (Kawika Pierson, Jon Thompson, and Robert Walker) and have looked at here in Oregon, childcare, where staffing, driven by regulations on caregiver-to-child ratios, accounts for about 80 percent of expenses and nationally the minimum wage is also the median hourly wage, it’s easy to see that Oregon’s high minimum wage results in a relatively high median (and average) wage. For example, the median is nearly two dollars an hour more than in Idaho, with no state minimum, a 26 percent premium (this contrasts with the fast-food industry where wages account for only 25 percent of costs and the median wage difference is only 11.5 percent). Not surprisingly, Oregon also has among the highest childcare costs in the nation – and among the best qualified childcare givers. For example, according to LEHD data (the D stands for dynamics, so this statement is not inadvertently repetitive) set, which comprehends information on worker education-employment by specific industry and by quarter for all states from 1993 through 2012, there is no significant difference in the education levels of fast-food workers in Oregon and Idaho; in childcare the difference averages over one full grade level – indeed, nearly half (42 percent) of the certified teachers in Oregon’s registered child-care centers have BA degrees. 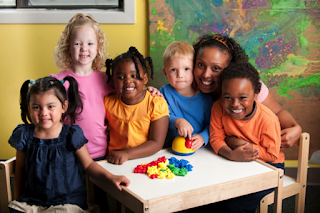 It might also be noted that when we used LEHD data to estimate the relation between employment levels in Oregon’s childcare industry and statutory wage floors over time (using employment growth in Idaho and Washington as controls), we found a statisticlly and economically significant negative relationship, with elasticities between .25 and .40.

What’s happening here? We don’t know for certain. It’s complex; a lot of things are going on. But we’re pretty sure that the effects of minimum wage hikes cannot be reduced to a simple story about redistributing income from owners to low-wage workers to better reflect their marginal revenue products. That looks to us more like a presupposition than an evidence-based conclusion.
at 5:26 PM No comments: