Steve Jobs and Pricing in the Nines 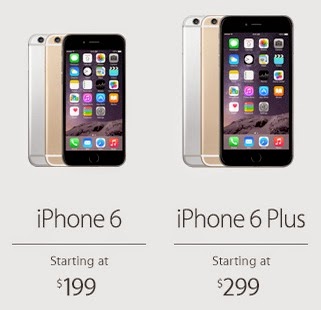 When the new iPhone 6 was announced, so too were prices that ended in 99.  This is almost ubiquitous in consumer pricing, but it catches my eye because it comes from the company of Steve Jobs.  From what I know if Steve Jobs I suspect that this pricing would not have pleased him, he seems like the kind of person for whom the price of $200 is much more elegant than $199.  And yet, even when he was in change, Apple product prices inevitably ended in 9.

So why is this?  It seems that the rational costumer of economic theory would not be moved by such tricks, instantly rounding up or understanding that $199 is simply a dollar less than $200.  But the widespread use of pricing in nines clearly suggests that the story is more complex.  Pricing in the nines remains, then, a bit of a puzzle in economics.

Most economic and psychological theories that I have encountered have to do with consumers not really spending cognitive energy to fully evaluate the price.  Psychological research has suggested that we tent to fixate on the most important number - the one the the far left.  Economists have suggested we truncate to use cognitive energy economically.   I wonder if we are happy to fool ourselves to convince ourselves to buy something we really want.  In other words, we feel better knowing we have spent "less than $200" on the new iPhone we really want.  Which is, I suppose, just another form of the same explanations above.

Whatever the reason, I bet Steve Jobs didn't like it.
at 9:43 AM No comments: