Rents are Too Damn High! Populist Answers are Rarely the Correct Answers

So Portland has a problem with affordable housing.  Rents are high and increasing, which sucks for all those looking for rental housing (and is great for those with property to rent) and property values are soaring which is great for those who own homes but bad for those that want to buy.  Politicians hear the complaints and want to avoid being seen as passive so they try to come up with policies that sound good to voters.  Unfortunately, these ideas are generally half-baked and done without nearly enough research and thought. And poor policy can have bad consequences.

Thus we have this proposal from City Commissioner Chloe Eudaly with the support of Mayor Ted Wheeler.  This proposal would require landlords to pay the moving costs of tenants evicted for "no-cause."  The idea is to discourage such evictions. The actual result is most likely to make the rental housing situation worse.

How so?  Well first let's start with the premise that no-cause evictions are part of the problem of unaffordable housing.  Perhaps, but Oregon has a statewide ban on rent control policies, so why is getting a new tenant any better than raising the rent on an existing tenant? Especially when you factor in the cost of a vacant apartment or house, the cost of getting it ready for a new tenant, etc. It is not at all clear why this policy would help at all.

Second, rental housing is a market and markets adjust to distortions created by policymakers.  This policy clearly raises the cost of doing business for landlords.  So who pays for these increased costs?  All students of economics learn from their very first class that the incidence of taxes and other distortions are shared.  Increased costs shift the supply curve back and a new equilibrium results.  How does that new equilibrium compare to the old one?  Higher price and fewer properties rented.  Exactly the opposite of what commissioners say they want to see in the rental market.

Third, there is the incentive to create more rental housing.  What Portland needs more than anything are new rental units to increase supply or shift the supply curve out.  More units would do the opposite of the above: it would lower price and increase units rented.

Finally, this policy creates advantages for sitting tenants and disadvantages those looking for rental housing.  If landlords are less likely to evict tenants, tenants are prone to stay longer in rental housing and those wanting housing will find less to rent.  Why are we placing the interests of one group above another group?

And by the way, I know a little of what I speak.  I have two papers on these types of 'soft' rent control policies that are designed to protect sitting tenants:

If you really want to help the rental housing market the first thing you should do as a policy maker is to do no harm: don't start distorting markets without considering the consequences.  The second is to promote the creation of new rental housing if you really want to help.  But I have a message to policy makers: the good news is that the market is promoting the creation of new housing right now without your input at all - it is called high rents.  So by all means do what you can to speed the construction of new housing, especially housing targets to lower income renters, but please don't resort to bad populist ideas.
at 2:33 PM 1 comment: 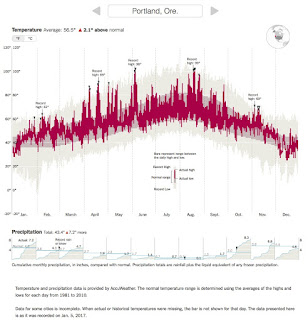 This graph from The New York Times shows the daily high and low temperatures for Portland, Oregon and compares the yearly average temperature to the historical average to find that Portland last year was, on average, more than 2 degrees hotter than normal in 2016.

My other adopted hometown, São Paulo, Brazil was more than 5 degrees hotter and precipitation was more than 19 inches less than normal.  Ouch.
at 5:19 PM No comments:

School Choice and Efficiency: A Note

The nomination by Donald Trump of Betsy DeVos for Education secretary has put school choice and vouchers back in the forefront of the national debate about school reform.  Vouchers are often touted by more conservative groups as a way to bring competitive pressures and market discipline to education by empowering families to make choices regarding their children's education.

This is simply a note to point out that a key, even crucial, component of market efficiency is complete information.  Consumers must know everything about the product they are purchasing including hoe beneficial it is to themselves, the prices of all goods in the market and so on.

Education is far from this.  Education experts are still trying to figure out the critical components of educational outcomes, how can uninformed families, who only observe schools from the tousled make well-informed decisions for their kids?  Simply put, they can't.  Thus there is absolutely known reason to believe that we will improve efficiency through the introduction of vouchers, school choice or charter schools.

This is not to say that there could not be beneficial outcomes from such reforms, I remain open-minded, but don't tout the creation of an education market as the answer for it is likely to be inefficient.
at 3:35 PM No comments:

Fred Thompson checks in with a New Years post 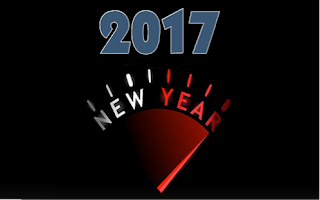 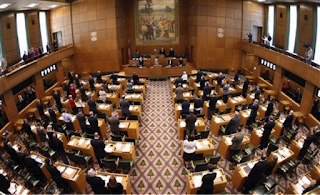 So, instead of talking about wholesale tax reform, what should we talk about? The answers are simple: first, fix the things that need fixing, we know what those things are; second, if the state needs more money, increase the rates on existing taxes; third, funds are inherently limited, set spending priorities and stick to them.
What needs fixing? More than anything else, Patrick Emerson and I have written about the Kicker and its folly here at the Oregon Economics Blog. In what is largely an exemplary state and local tax system, Oregon’s kicker is an embarrassment, or, more correctly, the legislature’s unwillingness to deal with it is simply shameful. There is also the problem of kicking the can down the road with respect to maintaining and upgrading state and local transportation infrastructure, where the best that can be said is that Oregon is probably better than many places, but that still isn’t very good. Moreover, the state has emphasized its needs at the expense of local governments, which, given the network aspects of our transportation grid, is foolishly suboptimal. Finally, the legislature has handed out tens of billions of dollars in business and personal income tax deductions and exemptions, usually with the best of intentions – promoting economic development, conservation, or other worthwhile activities – but tax expenditures are all too often ineffective and excessively costly. Many if not most of these loopholes/subsidies should be repealed (which is, of course, easier to say than to do).
Beyond these measures, if more funds are needed, raise income and business tax rates. By far the worst thing about Measure 97 was the size of the jump it proposed – a 2,500 percent rate increase. It makes sense to consider a more incremental increase in the alternative minimum turnover tax rate, while retaining the offset provision for C-corps.
Boosting taxes requires compromise. Oregonians care about schools and roads, but they are also inherently thrifty, if not actually cheap. At a minimum, support for K-12 and highway spending must be prioritized ahead of other state programs and initiatives. Moreover, cost-saving reforms to the state’s public pension system probably ought to be on the agenda as well. Upholding contracts is one thing, guaranteeing unanticipated windfalls another. If kicker reform, together with other tax increases, are on the table, pension inflation adjustments, especially those which exceed the realized rate of inflation, probably ought to be as well.
Holding broadly valued, highly esteemed programs hostage to special interests is often a winning legislative tactic, but, in the longer run, it’s bad politics, one that the governor acquiesces to at her peril.