Another contribution from Fred Thompson:

1.     Locked existing statutory property tax rates in place;
2.     Rolled residential property tax assessments back to whichever was less — assessments for the tax year beginning July 1, 1995, reduced by 10 percent, or for the tax year beginning July 1, 1994; and
3.     Limited future increases in tax assessments, except for new construction or additions, to a maximum of 3 percent per year.
4.     Set the maximum assessment equal to whichever was less: the previous year’s assessment plus three percent or real market value. 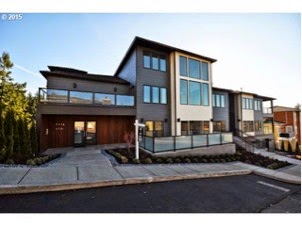 Looking at detailed data from Multnomah County, it is clear that under Measure 50 assessment quality is deteriorating, with most of the deterioration occurring after 2008, when, according to the Case-Shiller index, the median Portland home lost nearly 30 percent of its value.

That assessment quality materially deteriorated in Oregon after 2008 raises the question: can something be done about it, without at the same time sacrificing the tax stability and predictability brought about by Measure 50? The League of Oregon Cities argues that the variance in tax-assessment ratios is driven primarily by differences in the rates at which properties have appreciated since 1994 and that this problem could be fixed by adopting California’s system of resetting assessments to market value upon resale.

In contrast, Measure 50’s architect, tax-activist Bill Sizemore, claims that this device, if adopted, would simply make things worse. Oregon’s bien pensants are predisposed to question anything Bill Sizemore says, but the California data tend to support his claims.

My colleagues, Kawika Pierson and Robert Walker, and I simulated the effects of implementing the League of Oregon Cities’ reset proposal and of implementing reset using the changed property ratio for all unchanged, single-family residences in Multnomah County from 2003-2012. We calculated mean assessment ratios (the ratio of tax assessed value to market value) and standard deviations for each year and compared the results of the simulations with actual outcomes. The results are shown in the following table.

This table shows that, during 2005-8, when market values were increasing faster than three percent per annum, the standard deviation of assessment ratios actually declined in Multnomah County, when new construction is excluded (although it increased somewhat relative to the mean assessment ratio). After 2008, when market values were falling, it increased substantially (both absolutely and relatively).

Had tax assessments been reset on resale of properties using the changed property ratio, they would have fallen faster before 2008 and increased more slowly after. Both are improvements over the status quo.

In contrast, reset to market would have increased horizontal inequality in tax assessments during both periods. Much against our inclinations, we have to count this one for Bill Sizemore. Indeed, if anything this simulation probably underestimates the effects of reset to market, insofar as it implicitly presumes that tax assessment would have no effect upon transactions. That is surely not the case. The evidence from California indicates that lock-in tends to increase with gap between assessed value and market value, which, if instantiated, would make worse an already bad outcome.


Bottom line: go with the county assessors’ proposal not that of the Oregon League of Cities.
at 11:49 AM No comments: