What is an American Soccer team supposed to do, try to be distinctly American or nod to the traditions of Europe when it chooses a team crest? Soon the Timbers will have to decide: from the Meritt Paulson Q&A:

Q – Josh Thompson:
when are you going to release the new crest?

I favor the classic European look.

The history of the MLS is that most teams started with pretty horrendous American-style logos:

Then they slowly moved toward Europe and things got better. So, since nobody asked here is my guidance for the good folks at the Timbers when looking at current MLS crests: 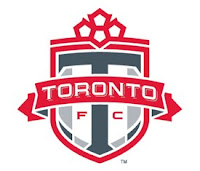 (Though the name is atrocious) 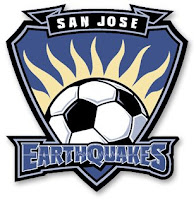 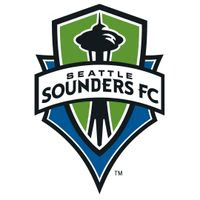 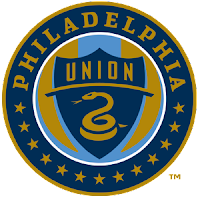 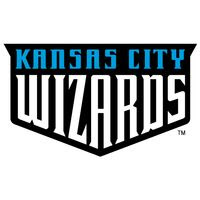 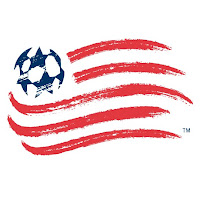 As for the Timbers, the current/throwback crest needs to retire back to the 70s even though it is pretty cool: 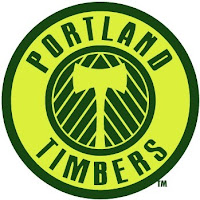 The new version actually was headed in a good direction but then some slanting and waving sent it off course and it seems a bit unfinished:

Lets hope for something classic, but a little better than the Sounders managed to do.
By the way, the timbers army has done a nice job with their new crest: 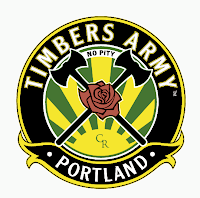 This is not a small decision, so I imagine a lot of market testing will go on.  I think the key is to test it among soccer fans, not random 8 year olds  - which is how I imagine the Clash and Burn logos above were decided upon (fire breathing horse! scorpion!! AWESOME!!!).  Given that Portland is perhaps the most traditional and tradition-rich club in the US, I am optimistic.
at 9:00 AM

Dude nice blog... I think you're generally right on in your assessment of current MLS logos. Personally I actually think the Sounders logo should be put in the good column - it managed a more modern look without being cheesy or cartoony like most MLS logos and it's central focus is very recognizable symbol of the city (though for those of us who have no idea what a 'sounder' is maybe they should have included a picture of one?).

How in the heck did you decide to put San Jose in the 'okay' column? A flaming soccer ball breaking through a shield? That's
ultra-cheesy bro. And the Timbers logo you liked with the white tree was just plain bad. I'm all for a redesign but the circular crest is money -I wouldn't change that. The new MLS logo the FO/RARE came up with is cartoony and needs to be reworked.

Someone (not me) created a facebook page to hopefully achieve just that. I hope you don't mind my linking it here in case you/others are interested. GO TIMBERS!

Yes, upon further reflection I agree with you about the Earthquakes crest. I can see now that I tend to like classic shapes: shields, circles, etc. I like the Sounders' crest a lot save for the extra shape - I think it would have been better as a simple shield. But other than that it is simple and iconic.

And this is my biggest complaint about the new Timbers logo - that is is a logo and not a crest. I think they should kept the circle as a border. In fact I think a simple update of the old one with a bit simpler lines and some black outlines would have been great. The new one is too fussy. Take away the 'chevrons' and put a circle around it and it would be a lot better. Think the new Arsenal crest is a good example of simple, modern and iconic, and the new Chelsea crest is a good example of a fresh but classic design. The Timbers is neither.

But it is not a disaster either, it maintains the simple and iconic axe and the fact is that no matter how much people whine, it is not going to change anytime soon, so we might as well embrace it.

By the way, it works a lot better with the light green than the yellow and I have a sneaking suspicion that early releases of the logo, like I have on my blog were intentionally yellow even though the real one is light green to make the adjustment period for the TA folks easier.