The World Cup Begins & The Soccer Gods are Angry 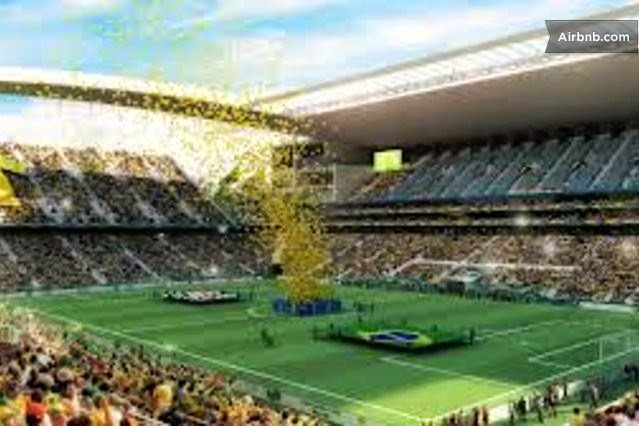 After all of the press, good and bad, about the World Cup being hosted in its spiritual home (England is the ancestral home) it is a relief that today it finally starts.  My friends in Brazil have, up to now, been pretty ambivalent about the whole thing, but this has started to change in the last week or so and now there is full blown Cup fever among them.  The game itself is the best palliative for all of the organizational ills.   And for one day, my adopted city, São Paulo, is the center of attention which is pretty fun.  And if I hear anyone say San Paulo again on the radio or TV I will scream!  How hard it is to separate Spanish from Portuguese?

On a domestic note, I am a bit of a traditionalist when it comes to soccer.  I think that the team colors are pretty sacrosanct and at home you wear them always.  In Europe this is generally true.  If Arsenal is at home they will be in red with white sleeves, white shorts.  No question.  Now some teams have taken to making a special kit for the Champions League so seven this tradition is beginning to wane.  However, the Timbers insistence on wearying their red and alternate kits at home is grating and has clearly, given their home woes, angered the soccer gods.

Last night was the second game in a row in their red kits and yet another disappointing result.

I understand the desire to sell shirts but at some point you have to establish some boundaries and I think that for all league home games, the primary shirt should be worn.  You still have US Open cup, exhibitions and Champion's League matches for the other stuff...