Here, hot off the web, are the latest Case-Shiller numbers for Portland. I include Seattle and the 20 city composite for comparison. 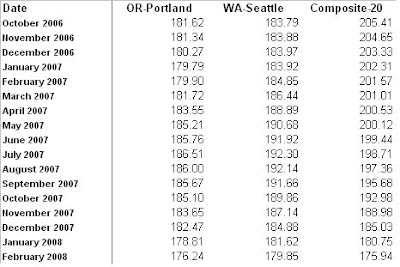 There is no doubt about it, on average, Portland is now seeing a substantial depreciation of home prices. It is about the same as Seattle and quite a bit tamer than the 20 city composite. The last time the index for Portland was this low was in May 2006. Last year it was March that got it back into growth territory, so next month will be pretty telling in term of what we can expect from the market this year. Here are the same data presented in a graph. 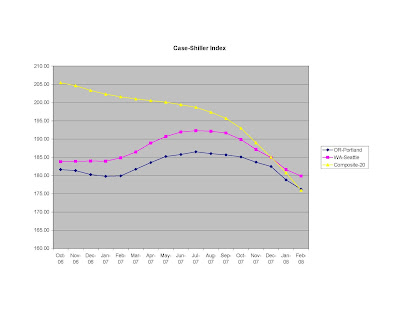 I think one of the key features of numbers like these is that they mask a lot of heterogeneity within cities. Below is a picture of Denver that I happened upon because I was curious about my old neighborhood (South Park Hill - data shown in the lower right corner). My neighborhood is doing fine as are many others in Denver, while nearby neighborhoods are doing a lot worse. Essentially there are two types of places that seem to be depreciating rapidly: the far out suburbs and the marginal neighborhoods that saw a lot of gentrification and are now seeing the reverse. 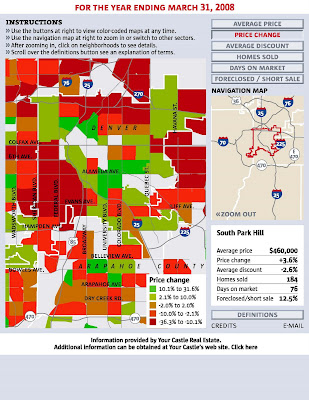 I think you're right about micro trends. I'd love to see a map for Portland like you found for Denver.