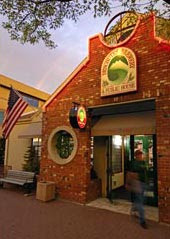 Sin taxes, taxes on things like alcohol and tobacco, are often justified economically as Pigovian because of the adverse health effects that create costly demands on the state-supported medical system. There is a mountain of evidence suggesting that cigarette smoking has severe adverse health effects and these smoking-induced maladies create large costs for the state, so taxes on cigarettes appear to be pretty well-founded (the appropriate level is still a matter of much debate - especially since the effects of secondhand smoke may be much larger than was once thought).

But can beer taxes be justified along the same lines? There is a lot of evidence suggesting moderate consumption of beer is actually good for your health.  But there are also negative health benefits from alcohol dependency and both the health effects and the behavioral effects impose costs on the state.  But I would argue that beer is not the main culprit  (I would at least like to see evidence that it is) for alcohol dependency.  Furthermore a selective tax on beer would simply shift alcohol consumption to other forms of alcohol (potentially more potent ones) which would not solve the problem.  So I don't find much of a convincing economic rationale for a beer tax.

So the news that the Oregon Legislature is considering, once again, a bill to raise the tax on beer is disheartening.  Just because it is politically expedient does not make it right.  The justification of the bill is appalling: alcohol and drug addicts create huge costs for Oregon, yes, but just because you can't tax illegal drug use doesn't justify harming one of the few bright spots in the Oregon economy by placing the burden of drug and alcohol rehabilitation on beer consumers and  producers.  Beer brewing in Oregon is still a relatively small part of the economy, but it is growing and, according to the Oregon Brewer's Guild, represents about 5000 jobs.

At a time when we are trying to stimulate the economy, raising taxes is counterproductive and this one particularly so.
at 2:00 PM